After many weeks of patiently waiting, our littlest addition has finally decided to join.

His name is Elisha Steve Kairos White. Born 11:56 on the 24th of April, sharing his grandparents anniversary (Tim’s parents) at 41wks and 6 days. He weighed only 6 pounds 13.5 ounces. Quite a lot smaller than Nathan at 8pounds, which I did not expect. I was sure that my belly felt bigger. He’s long and skinny, very calm and quiet for now and so beautiful. The birth was a bit of a journey, but worked out wonderfully.

I was rapidly approaching the 42wk mark, and very desperately wanting to avoid an induction. Tuesday morning we were booked to have an ultrasound and appointment with an obstetrician (being 13 days overdue). I woke during the night with contractions and dozed in between until Nathan woke up. We headed to the park, and then dropped in at mum and dads on the way home. It was very similar to how I laboured with Nathan. Continued labouring on arrival home and was really enjoying it. We had the worship music pumping and I was so relaxed. A few minutes after my midwives arrived my waters broke, and it was very thick meconium liquor (where babies first poo occurs in the womb). I was 8cm dilated, and babies heart rate was dropping significantly and often. The decision to transfer was quickly made, it was quicker to drive straight to the hospital then to get an ambulance. On arrival at hospital, I was helped along to fully dilated and pushed him out as quickly as possible. He was born at 11:56, sixteen minutes after we had arrived. The paediatricians and special care nursery staff worked on him for about ten minutes, suctioning out meconium and giving him oxygen. His apgars were 4 & 7. His blood was highly acidic which is an indicator of severe fetal distress. His CTG for the 15 minutes before I gave birth was possible one of the worst I have seen working in birth suite. For the emergency that it was, the outcome was miraculous.

It blows me away that God made everything work together to get me the birth and the baby that we got. Timing was incredible. The fact that I still had a natural birth, non-instrumental and non Caesarean is incredible. The staff were incredibly respectful, most of them I had worked with before and were so overly accommodating with everything.

God has worked so many miracles through his short little life already, growing our faith. We are so grateful for everything that He has done. 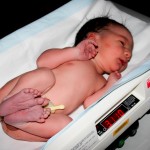 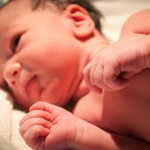 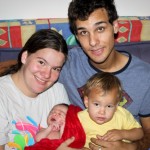